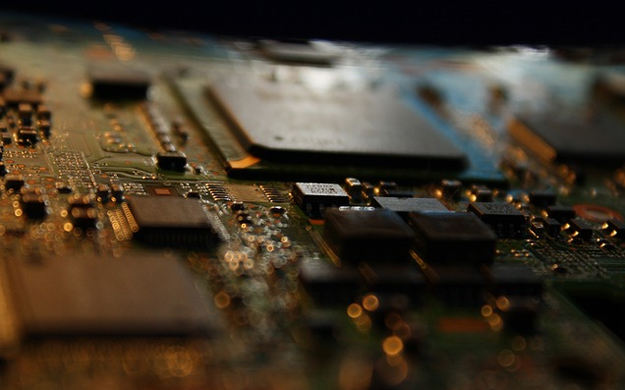 Intel cut its revenue growth forecast for its business of making chips for data centers as businesses reduce spending due to “weak macroeconomic growth.” Intel said on Tuesday it expected the data center business to grow in “low double digits” in 2015, compared with its earlier forecast of about 15% growth.
Intel has been counting on the data center business to help offset declining demand for its chips used in personal computers.

Intel’s data center chip business had grown 19.2% in the first quarter, 9.7% in the second and 12% in the latest quarter. But a weak data center forecast caused the company to throttle back estimates for the remainder of the year.

“It’s a combination of two things — data center weakness and units — it looks like their units are still pretty weak, they are seeing upside from pricing,” said analyst Stacy Rasgon of Bernstein.

Intel and the Change

Intel said revenue from its PC business fell 7.5% in the third quarter and 5% in the second quarter. In response, the company has been focusing on selling more data center chips, which can be used by businesses to create private clouds. The company also made a number of investments in projects it hopes will simplify the private cloud installation and management process and lead more enterprises to buy private clouds with Intel chips inside them. The company’s strategy takes into account that private clouds require chips, so the more private clouds there are, the more chips Intel can sell. However, the latest projections have set the company’s plan back.

The data center business is Intel’s second largest after its PC chip business. Shipments of personal computers fell 7.7% in the third quarter, according to Gartner.

Emerson: Half of Operators to Upgrade Data Center Cooling Systems Next Year

December 14, 2015 sakib ahmed Comments Off on Emerson: Half of Operators to Upgrade Data Center Cooling Systems Next Year

ORACLE DISAGREES WITH THE NEED FOR MEGA SCALE DATA CENTERS

October 29, 2012 DCT User Comments Off on ORACLE DISAGREES WITH THE NEED FOR MEGA SCALE DATA CENTERS