One year ago VMware announced VMware Integrated OpenStack (VIO), designed to use OpenStack to bolster VMware — and vice versa. Now VIO 2.0 has arrived, with the same mission: It lets users with VMware expertise and product licensing leverage OpenStack without undue distraction or pain.

Ease of use and deployment are selling points for most commercial OpenStack products, but VMware continues to make a case that its product line — and customer base — sets VIO apart. 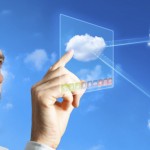 For OpenStack admins, the biggest change is VMware’s self-proclaimed seamless upgrade system. Upgrading an OpenStack installation has long been cited as a pain point, although some issues have been resolved incrementally over time (albeit more for individual components than for OpenStack as a whole).
VMware is determined not to let installation be a sticking point for its customers and promises the ability to roll back installs if anything goes awry, as well as back up and restore for OpenStack’s entire services and configuration set.

With VIO, VMware never set out to capture an entirely new audience for OpenStack. Rather, VMware wants to protect itself from attrition since OpenStack has long been seen as a cheap way to get the majority of VMware’s functionality. If a chunk of VMware’s audience — present and future — eyes OpenStack as an escape hatch, it makes sense to give them an incentive to remain where they are or opt for VMware in the first round.

Boris Renski, co-founder of the OpenStack distribution Mirantis, has gone so far as to wager that VMware may draw more users for OpenStack than Red Hat. But he also seems aware that will most likely come through the existing VMware user base.

“Their sophisticated customer base wants to get more value out of their investments in VMware while also wanting the flexibility of working with alternative open source cloud solutions like OpenStack,” Renski told Matt Asay late last year.

VMware’s experiment with OpenStack as a value-add has plenty of room for growth. Some new features — load balancing, for instance — seem designed to appeal to users who want to build modern microservice-based architectures with OpenStack as a management framework, but also want to keep one foot in legacy VMs (which Charles Babcock of InformationWeek cited as a possibility).

But keeping VMware’s existing customer base happy, while letting them indulge in OpenStack without wandering off, remains the main mission