The holiday season is busy for online retail–but a bit of advance planning can avoid headaches during a busy and lucrative time of year. That was certainly the case for Marks and Spencer when the British retailer successfully took a cloud-based approach to one of its holiday campaigns.

A decidedly modern approach was taken by the longstanding UK retailer for its Magic & Sparkle campaign in 2013, with a television campaign that encouraged viewers to visit a dedicated website. The holiday campaign required the company to get a website up and running in just weeks, and to ensure that site could handle heavy traffic during December, the retailer’s busiest month of the year. It was all done successfully with the help of Microsoft Azure, a cloud-based business platform.

The holiday promotion was the company’s first foray into a cloud-based campaign says John Pillar, head of software engineering with Marks and Spencer, and that meant that it was a learning experience for everyone involved. “It’s kind of a strange thing, when for the first time, you’re doing this kind of thing, just watching those dials go,” says Pillar. But being able to watch customers react in real time really highlighted the value of the approach, he says.

There were a few points in favor of taking the leap into a cloud-based approach, Pillar says. “One of the big reasons is that we didn’t want to purchase a whole load of infrastructure.” By its nature, the holiday campaign was limited in time. It didn’t make sense to purchase, say, a new server to provide additional bandwidth for the increased traffic from a campaign that was only going to last for a few weeks.

At the time Pillar and his team were planning the campaign, going through the traditional IT routes meant that getting the hardware was a months-long process. “We got the requirement extremely late in the day,” Pillar says, “so we just didn’t have time to even think about going and buying some fancy hardware.”

And, it also wasn’t ideal to rely on existing internal IT resources–nobody wanted to risk high traffic to the campaign website and compromise the customer experience on the main Marks and Spencer page.

In addition to the savings in IT resources, going with a cloud-based platform allowed Pillar and his team to test for potential issues before the campaign launched–and avoid them once it was live. One of the key steps in putting the campaign together was figuring out how it might break, Pillar says. This was particularly important because the Marks and Spencer campaign had to happen at a particular time of the year, for a limited period, and during a lucrative shopping season, therefore, any issues had higher stakes in terms of lost traffic and sales for the company.

As well, Marks and Spencer didn’t actually know how much traffic there would be because the campaign was new. That’s another reason the elastic scale of a cloud approach was helpful, Pillar says, because it allowed the company to be ready regardless of how the campaign performed.

“The platform just scales and you just kind of sit there and watch it happen as it does, which is great,” Pillar says. “It’s very different from traditional campaigns where you’ve got your hardware vendors and your data-center operators on the phone.”

The cloud-based platform for the campaign even allowed Marks and Spencer to simulate what would happen in the case of serious issues. For example, it could pretend to take out a data center to see what would happen. With a more traditional IT hardware set-up, it’s difficult to turn off traffic in those ways just to test for potential issues, Pillar says. That testing can also mean turning off purchasing traffic to your site, he says, which is not ideal.

“That’s nice to be able to simulate those things,” Pillar says, “whereas in a traditional data center that’s hard to simulate.” Marks and Spencer’s cloud-based approach allowed it to avoid major issues during the campaign, he says, by testing for issues like coding mistakes or traffic spikes before it ever launched.

And, because the campaign was tied into a variety of channels–including television and online–it was important to be able to handle the traffic spikes that could arise when customers saw an advertisement and went to the campaign site, Pillar says. “If our data center went off in that five minutes, forget it, we’re in serious trouble.”

The scalable approach didn’t just provide a benefit in terms of traffic, it also was helpful in containing the costs of the campaign, Pillar says. Along with not needing to invest in expensive hardware, the campaign’s cost was tied to the traffic it received–which lessened the negative financial impact of a less-than-successful campaign, if that were an issue.

“If you have a really great campaign then great, you kind of justify that you had good reach, etcetera,” Pillar says of the scalable approach. “But if the campaign went badly, then there’s no massive outlay on cost.” 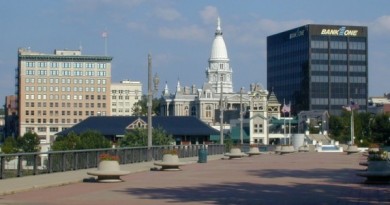 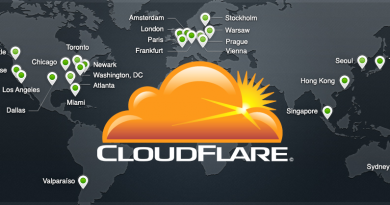