The area’s tech boosters puffed up their chests a bit on Thursday with a ceremony marking the opening of Peak 10’s world-class data center near the University of South Florida.

The national IT infrastructure provider, based in Charlotte, N.C., held a ribbon-cutting for its second campus in Tampa in the Hidden River corporate park. Its first is on Anderson Road north of Tampa International Airport.

“We custom-built this building to our own specifics. There’s nothing like it in Tampa,” said Cheryl Kleiman, vice president and general manager.

The two-story, 60,000 square foot building represents a $20 million capital investment by Peak 10. Demonstrating the importance of protecting clients’ data, it has a concrete precast hardened shell, reinforced roofing, and steel frames that wrap around windows. It was built to withstand a Category 5 hurricane.

Showers were installed for two reasons — in keeping with an employee wellness program that encourages exercise, and to allow staffers to work 24/7 in the event of a catastrophic storm.

Peak 10’s clients include the Tampa Bay Lightning, the Professional Golfer’s Association, the Red Hat tech company and Gorilla Glue. It houses all of the server infrastructure for The Tampa Tribune and tbo.com that is not cloud-based.

“What you see here is the template for what you’ll see from Peak 10 as we build in other cities,” said David Jones, chairman and chief executive, who visited Thursday from Charlotte.

The building has already won a best overall award in the industrial/process/research category of the Florida Region Design-Build Awards.

“As we grow as a community, there’s more demand for storage of data,” said Tampa Mayor Bob Buckhorn at Thursday’s ceremony. “Big data’s playing an increasingly important role in our lives, and these are exactly the kinds of facilities and companies that we need to attact the best and brightest from around the country. It’s another sign that our corporate presence is growing.”

While the company worked closely with the Tampa Hillsborough Economic Development Corp. on such issues as streamlining permitting, the company received no financial incentives for the project.

Members of the area’s economic development community “have been very supportive from the very beginning,” Jones said. “I’ve had meetings with them over the last two years about what we wanted to do.”

Jones is familiar with the Tampa Bay area. He served at MacDill Air Force Base and upon returning from Vietnam, served as an internal auditor at GTE here.

And about that corporate moniker: It turns out a partner with whom Jones was writing the business plan was an avid snow skier. The most challenging runs at the renowned Brekenridge resort in Colorado are on a mountain known as “Peak 10,” and he proposed that for the name.Jones, an avid cyclist and runner but a novice skier, recalls responding, “That’s fine, but the best peak that I ever skied would be Peak 4.” 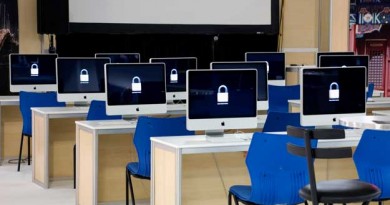 What should you do when Hackers infect Your Computer with Ransomware?

October 27, 2015 DCT User Comments Off on What should you do when Hackers infect Your Computer with Ransomware?