Google’s much awaited energy efficient data center worth a whopping €75 million, opens in Dublin, Ireland. After a year long wait, Google and the people of Dublin can breathe a sigh of relief as the data center is fully operational. This center is located at Profile Park, in Clondalkin, Dublin.

Dublin center was inaugurated by Ireland’s Minister for Jobs, Enterprise and Innovation, Richard Bruton. This facility is going to be home for all those computers which offer Google’s conventional cloud based services. Cloud- computing services like Google Maps, Google Search Engine, and Gmail.

It took  several months for Google to complete the site, with over thousand professionals working day-in and day-out. The site is a mixture of contemporary architecture, and company specified requirements. Keeping in mind the cool environment of Ireland, air conditioning of the center has been regulated. This inturn reduces power consumption and energy wastage.

Google’s new facility has come as a boon to the people of Dublin. The company said that it would need thousands of people to step into different roles like caterers, technicians, security staff, and electrical and software professionals. These candidates would be hired according their area of expertise.

In the past few years, Google has seen an increasing demand for their cloud based services, apart from their expanding horizons across Ireland. Google already seems to have hired about 2500 people for their Dublin facility, following the demand for Google’s extremely competent cloud computing services.

Considering Ireland’s potential as a growing economy, many technological giants plan to bring their data centers to this region. The headquarters of Twitter is expected to be in Ireland very soon. 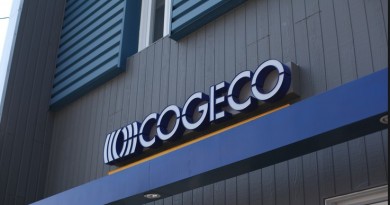