Electricity costs play a major role in the detail of the profit, loss or competence of a Data Center. Reducing them to a minimal amount is the key to an efficient and cost-effective site. Apart from the inevitable consumption of power by the server a major part of the electricity is consumed by the cooling systems. If an effectual way of achieving cooling is possible without the use of an air-conditioning system, the expenditure on cooling can 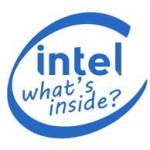 be reduced considerably; here is where an Air-Economiser comes into play.

This approach to cooling has always been frowned upon by most in the industry mainly due to the feeble cooling power provided by prior prototypes of conceptually similar systems. The reliability of the servers can be questioned if proper cooling demands are not met; hence a good design towards 100 percent air cooling has never been successfully tested.

Typically an air-conditioning unit would draw the hot air generated by the working servers, cool it down to the set temperature and recirculate the same. Outside air would be taken at regular intervals to maintain the balance of fresh air in the Data Center. A revision in this process modifies the air-conditioning unit into an air-economizer. Here, the hot air would be expelled to the outside of the Data Center and fresh, cooler air would be drawn in, continuously or at regular intervals based on the heat generated.

Intel took up a challenge to defy the common assumptions in the industry about the air-cooling technique by conducting a Proof of Concept (PoC) test. The test aimed at cooling servers at 90 degrees Fahrenheit with 100 percent outside air. Potential annual savings by achieving this could be US$2.87 Million for a 10-megawatt (Mw) plant!

The PoC was run using about 900 production Blade servers divided equally by two compartments place side by side. One was provided with warehouse grade Direct Expansion (DX) unit to recirculate the hot air and provide cooling at all times; and the other an air-economizer. The PoC was run in a dry climate over a time period of 10 months.

This is What Happened:

If the site of the Data Center can be located in more temperate conditions, the economizer technique can be used for more than 90 percent of the year. If 90 percent of the year a reduced power plan can be achieved and there is 74 percent savings in this plan approximately 67 percent of the total power used annually can be saved; for a 10MW plant this figure would be about US$2.87 million! Capital can be saved on building new Data Centers with fewer air-conditioning units. Potentially about 76 million gallons of water can be saved by applying the air-economizer technique.

Server failures remain consistent with variations with humidity, temperature and inferior air quality; hence air-economizers are suited only for drier and more temperate climates. The availability of such locations can be scarce. As the location of a Data Center is crucial for business and stable networking setting up sites at these locations if too remote is pointless.

Intel plans to test the economizer technique and check for hardware degradation by using server aging analysis, they also plan on setting up a 1MW demonstration Data Center to conduct further research on this. The cost-effectiveness of the entire setup promises financial gains as well as a greener approach to Data Center construction; clearly, this is technology of the future.

“Think Green” for Your Data Center