Groupon may be the future of merchant discounts, but it uses a mathematical problem solving method formulated in the 1930s to optimize the data center design that supports its popular service.

Linear Programming models are used to maximize specific outcomes given numerous variables. The word “linear” refers to linear relationships between the variables.

The approach is common in other industries, such as transportation, energy, and telecommunications, but it also applies well in data center design, the Groupon team found, since there are clearly desirable outcomes and lots of variables.

The goal was to maximize space and power utilization at the rack level and optimize “striping,” which is distributing servers that perform similar functions across multiple racks to improve reliability, Harmail Chatha, Groupon’s director of global data center operations, said.

At the end of 2015, Groupon launched a new data center in Sacramento, California, leasing wholesale space in the new building the massive RagingWire data center campus there. This was the first site where Groupon used the approach.

Chatha’s team studied the IT environment over the course of several months, trying to understand power utilization levels by various types of servers that support its service and generate variables for the model, including day, time, and seasonality. “The output [of the model] was how many servers we should deploy per rack,” he said.

The approach replaces intuition and prior knowledge, which is what data center operators usually rely on when making such decisions, Chatha said.
From Cloud to Wholesale Data Center Leases

Groupon started in 2008 and for its first several years relied on public cloud services for its infrastructure. Around 2011 the company’s user base reached a size where it made more sense to switch to an on-premise data center model.

Today, it operates primarily out of its own data centers leased from wholesale data center providers on both coasts of the US, as well as in Europe and Asia. Chatha declined to specify how many data centers the company had or where. The company also has retail colocation footprint, which comes into the fold as it acquires other firms, but that footprint usually gets consolidated into the wholesale facilities over time.

Keeping up with growth is always a moving target for its data center team. At the time of Groupon’s IPO in 2011 – which was then billed as the biggest IPO by a web company since Google – Groupon had fewer than 1,000 deals available, Nicholas Halliwell, the company’s spokesman, said. At the end of the third quarter of 2015, the company was advertising 550,000 active deals globally, with about 290,000 of them in North America.

Much of the capacity planning work Chatha and his team do revolves around supporting the next holiday season, he said. That’s when demand is highest. They also track new features and their impact on data center demand.

The Groupon deal is an example of RagingWire’s transition from a retail colocation model to a mix of retail and wholesale. It is marketing its new 14MW Sacramento facility, where Groupon took space, as a wholesale data center, as well as facilities it is building in Ashburn, Virginia, and the Dallas-Fort Worth market. 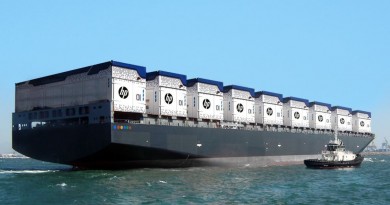 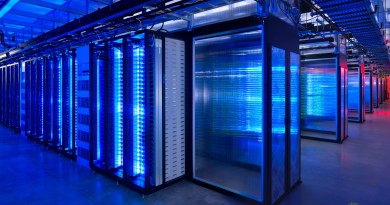 November 10, 2015 Daniel Prabhu Comments Off on Using Renewable Energy in the Data Center