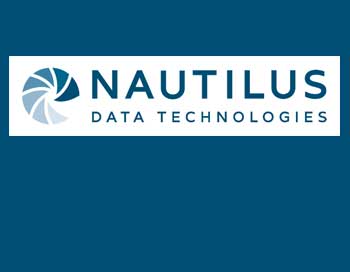 Headquartered in Pleasanton, California and founded by a former U.S. Navy Special Forces veteran and a certified dive master, Arnold Magcale, Nautilus Data Technologies is the first company to successfully deploy a waterborne data center prototype. This prototype offered hosting, colocation, and cloud services for primary computing needs, business continuity and disaster recovery services. In other words, what most expect out of a data center. Nautilus’s real innovation is how is saves energy, water, and costs.

Data centers consume massive amounts of energy and need tremendous amounts of water for cooling. A midsized data center can consume as much as 130 million gallons of water a year, or enough water for 2,000 people. However Nautilus’s method consumes almost no water, which makes it near 100% savings in water regardless of how much is normally used. The waterborne data center is on a barge that uses the naturally cool water beneath the barge to cool the data center and then it returns nearly all of the water.

Tradition data center are expected to consume 140 billion kilowatt-hours annually by 2020, costing American businesses $13 billion a year in electricity bills and emitting nearly 100 million metric tons of carbon pollution per year. Nautilus states their new technology will save $4 million a year in energy costs and over 19,000 tons of carbon dioxide per year or in other words the equivalent of taking 3,600 cars off the road.

August 14, 2012 DCT User Comments Off on What the software-defined data center really means