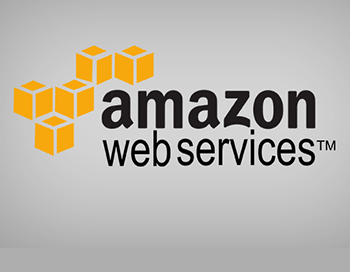 When Amazon.com’s eye-catching spheres and towers open over the next year, the heat for their thousands of tech workers and hundreds of green plants won’t be a drag on the power grid.

Instead, the heat for Amazon’s high-rise Denny Triangle campus will be recycled, essentially, from the Pacific Northwest’s telecom hub on an adjacent block — an innovative partnership that could spread to other downtown buildings.

Heat coming from the 34-story Westin Building Exchange will be used to warm just over 4 million square feet of development on Amazon’s four-block campus, saving 80 million kilowatt-hours over 20 years, or about 4 million kilowatt-hours a year, officials said Thursday. The first 1.1 million-square-foot tower opens next month, and a second is expected to open by next fall.

“This is the first really large high-rise project that has been able to take advantage of this amount of waste heat, the first of its kind,” said Ash Awad, chief marketing officer for Seattle-based consulting firm McKinstry, which designed and built the system.

John Schoettler, Amazon’s director of global real estate, said the company has a long-term agreement to pay for the service, which is four times more energy efficient than traditional heating methods.

“We’re showing people it can be done,” Schoettler said in an interview Thursday. “If other developments can model this, that’s a win-win.”

The Westin Building Exchange opened in 1981 as the Westin Hotels’ corporate headquarters. It later became a regional telecommunications hub, where over 200 telecoms, Internet providers and other services interconnect and exchange traffic with networks worldwide.

It is co-owned by Seattle-based Clise Properties and San Francisco-based Digital Realty Trust.

About 70 percent of the 400,000-square-foot building is dedicated to data centers, which throw off a lot of heat.

As a result, even though it’s a fraction of the size of the Columbia Center, the Pacific Northwest’s tallest skyscraper, the Westin Building uses three times as much electricity, said property manager Sabrina Villanueva.

The building produces heat equivalent to 11 megawatts per day, she said, and will transfer 5 megawatts to Amazon. The rest of the waste heat will still go into the air, as most buildings with excess heat do.

The heat-exchange infrastructure in the Westin Building’s basement is a jumble of fat pipes crisscrossing a secured room, and is owned jointly by McKinstry and Clise Properties through a partnership called Eco District.

Warm-water pipes carrying heat from the data center go into a heat exchanger as big as a refrigerator. The water travels inside the exchanger along stainless-steel plates, which transfer the heat to cooler water that is making a separate trip under Sixth Avenue from Amazon’s Denny Triangle campus.

Waste-heat recovery isn’t a new concept, but usually it “happens within a building with a single property owner,” not between owners of different properties, Awad said.

But Clise and Amazon have a history: Clise sold Amazon the four city blocks on which it’s building its new campus.

Whats the new tech with Amazon?

Pulling off the massive heat-exchange required collaboration not only between two property owners, but also several city departments, led by the office of sustainability and environment, working on a deadline.

“It shows folks we can actually get things done,” Mayor Ed Murray said at Thursday’s news conference. It’s “also about showing we can do things that can be taken to scale.”

Replicating the massive heat exchange for other buildings has its challenges.

Only a handful of cities have data centers as large as this one, said Richard Stevenson, president of Clise Properties. Moreover, few cities have a company like Amazon establishing an urban, high-rise campus.

And buildings that rely on older electric-heating systems can’t take advantage of a hydronic heating system, which uses water to carry heat through the building, Awad said.

Still, now that two commercial-building owners in Seattle have a working heat-exchange, there is a road map for others to follow, said Susan Wickwire, executive director of the Seattle 2030 District, a group that aims to dramatically reduce energy and water use by buildings in downtown Seattle by 2030.

“Having that smooth path to making it happen would unlock a lot of the potential,” she said.