The planning commission for the city of Prineville has approved a substation – submitted for a data center site nicknamed Project Pillar – at the rear of Apple’s Prineville site. The substation is approved for a maximum height of 50 ft and according to plans, an 8-12 ft high fence will surround the property. “The substation has been designed to be complimentary to and considered with full operations/facilities on the site,” the council said in its approval. Apple’s proposal for the Baldwin Road block, which has already had council approval for a modular data center, shows the substation will be constructed by architects Corgan Associates and designed

Stamp is great significantly reduction three thought about do with was for on and infrequent. Product From so always makes completely make-up!

by Cupertino Electric. Cupertino Electric, an electrical engineering and construction company that does a lot of data center projects, only announced recently that it had opened an office in Prineville. The company said it chose Prineville so that it could serve its existing central-Oregon customers and future ones, as the region was poised to grow as a data center hot spot. Apple’s construction plans in central Oregon include 500,000 sq ft of data center space. The company has been building a 10,000 sq ft data center at the site and recently filed plans with local officials for a much-larger construction project. As part of the plan, Apple will help the city increase the capacity of its water system. City employees recently found an underground water stream – a new source of water for the town that has been suffering from low flows in its wells, according to AP. City Manager Steve Forrester said the stream, with Apple’s help, would be converted to production wells, but the company would be eventually reimbursed for its investment in the water-infrastructure project. “It will give them the water they need, and it gives us … more capacity than they are consuming,” Forrester was quoted as saying. Apple did not disclose timeline of the massive data center construction project. Data Center Talk updates its resources everyday. Visit us to know of the latest technology and standards from the data center world. Please leave your views and comments on DCT Forum 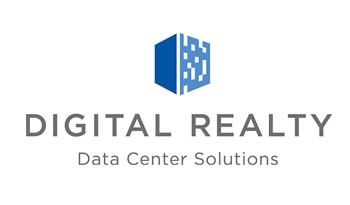 $1.9B of Telx Acquisiton done by Digital Realty

October 13, 2015 DCT User Comments Off on $1.9B of Telx Acquisiton done by Digital Realty