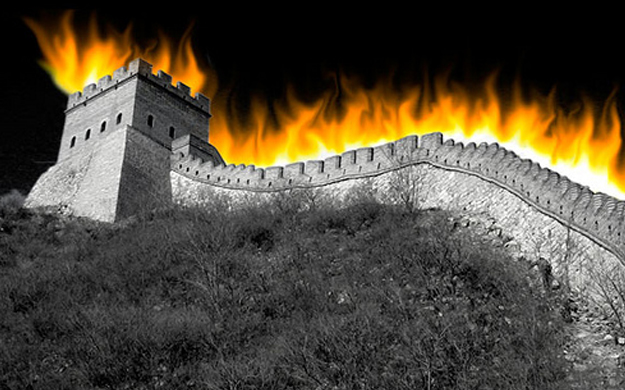 Enterprise IT is now expected to add business value – as the mantra currently goes – while the company’s customers, partners, and employees expect access to applications and services they use anytime, anywhere, and from any device – as goes another one.

To deliver to those expectations, the enterprise network cannot be limited to its corporate users. It has to be interconnected with the world of service providers that can bring those revenue-generating applications the enterprise creates to its customers around the world and to give its employees frictionless around-the-clock connectivity to partners and clients.

Equinix, the Redwood City, California-based colocation giant, wants this next generation of interconnection to happen inside its data centers. Providing interconnection as a service is itself a revenue-generating business for the company, but Equinix also views it as a driver for future growth in its colocation business – the business of providing data center space, power, and cooling in facilities around the world.

A recent study by market research firm Execute Now, sponsored and published by Equinix, found (predictably) that enterprise IT decision makers are increasingly aware of the need for interconnection with a broad ecosystem, and that demand for interconnection services is growing. The study’s results of course serve Equinix well and, like other vendor-sponsored market studies, should be taken with a grain of salt, but as Equinix’s vertical development director Lou Najdzin put it, “it’s really hard to argue” that the need for wide-reaching interconnection is growing.

“We’re entering an interconnected era,” he said. “Companies have to collaborate in communities with other enterprises,” as enterprise business models are now interdependent.

In a way, the interdependency is similar to the financial services industry, where traders, market operators, and market data companies are interconnected and rely on each other. The interconnection ecosystem covered in Equinix’s study, however, is different in that it crosses not only the enterprise firewall but also industry borders.

Many if not most of those new revenue-generating enterprise applications will be hosted in data centers operated by public cloud providers, such as Amazon Web Services or Microsoft Azure. The messaging at Amazon’s AWS re:Invent conference last week was clear: the company wants all enterprise applications, not just the new ones, to run in its cloud.

And AWS has had some success in this pursuit. General Electric and Capital One, for example, are both consolidating data centers, moving most of their applications and data to AWS. Capital One’s latest mobile banking application will run entirely on AWS, according to the company’s CIO Rob Alexander.

Enterprises, reportedly, aren’t satisfied with the performance and security of cloud services when accessed via the public internet, however, which is where Equinix, and many other data center and network service providers, come in. They provide private network connectivity to public clouds – a set of services Equinix claims has been one of its fastest growing business segments.

But as corporate data center footprints shrink, replaced by cloud services, and as customers use colocation facilities to connect directly to those cloud providers, what should we expect the impact to be on colocation revenues? In Najdzin’s opinion, the impact can only be positive.

The interconnected era might actually mean enterprises that haven’t traditionally used colocation services will now consider them as they transition to models that rely on cloud services. Enabling access to enterprise networks for employees, partners, and customers anywhere at any time also requires interconnection with more service providers, which may translate into new colocation revenue.

Finally, as enterprises look to take advantage of modern Big Data analytics tools – especially the ones that operate in real time – they will want to store more data close to their points of access to those analytics tools and connect to them via private network links, Najdzin said.

Equinix, as mentioned earlier, is not alone in this space. Companies like CoreSite, Interxion, and, more recently, Digital Realty – which gained a substantial US colocation and interconnection play through its $1.9 billion acquisition of Telx – also want to be at the network intersections between enterprise customers and cloud providers. Major network carriers, such as Level 3, NTT, AT&T, Orange, and Verizon, are also competing for this business, and some of them offer data center colocation services of their own.

Which vendors enterprise customers choose to enable their new interconnection architecture will depend on a host of factors, including, to a great extent, their business goals and the state of their existing infrastructure. But the key to winning in this space from a data center provider’s perspective will be providing access to a wider variety of service providers in more locations than available through others.