As the Senate prepares to consider the bipartisan Cybersecurity Act of 2012 a number of amendments are being tacked on, including one addressing federal data center consolidation.

The cybersecurity legislation – the latest version a compromise bill that was announced July 24 – now has more than 70 amendments, according to Senate floor remarks from Sen. Joe Lieberman (I-Conn.), who introduced the bill. He urged senators to refrain from adding amendments not pertinent to cybersecurity issues.

One amendment, filed by Sen. Michael Bennet (D-Colo.) and Sen. Tom Coburn (R-Okla.), targets enforcement of the Federal Data Center Consolidation Initiative, which was launched last year by the Office for Personnel Management. The plan was designed to shutter at least 1,100 of the government’s roughly 3,000 data centers and was pegged at more than $2 billion in savings.

The amendment would put further weight behind the initiative, which some agencies have been slow to implement, according to a July 31 release from Bennet’s office.

“There are commonsense steps we can take right now to cut the deficit, reduce waste and make the most efficient use of taxpayer dollars,” Bennet said in the release. “The Administration has already identified this as a cost saving measure that will help reduce spending on IT needs, energy consumption, and real estate. This amendment will require the federal agencies to get the job done.”

According to Bennet’s office, the amendment would “conserve energy, save taxpayer dollars and reduce government waste.”

The Senate is slated to take up the bill this week, although it’s not clear when exactly that will happen, as Senate Democrats and Republicans are working toward an agreement on the amendments that will make it into the legislation. 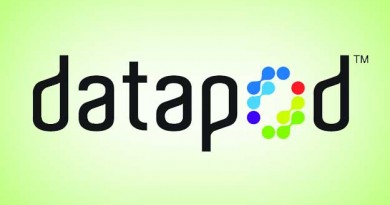 Datapod and Eaton Sign a Deal for an International Expansion

November 11, 2015 DCT User Comments Off on Datapod and Eaton Sign a Deal for an International Expansion