According to recent market reports, IBM’s new PureSystems incorporated data center offering is being compared to Cisco’s UCS and other convergence platforms.

The comparisons are being done on the basis of each vendor’s perspective.

“The technical nuances are all different but it is a platform that integrates a few of the distinct silos,” says Jed Scarabella of IDC, on the converged IT data center platform market in general. “HP and IBM have something that integrates servers, networking and storage; Cisco doesn’t own storage so it is partnering with EMC and NetApp for VCE and FlexPod; and Oracle is really more of an application platform.

“They’re trying to break down these silos because some of their customers are sort of at their wit’s end: budgets are flat, and they keep being asked to do more,” Scaramella says. “They’ve got to find a way to rein in their infrastructure.”

Scaramella says that virtual platform is more of an infrastructure offering and the application part is where customer checks out the application and the way it works. Each vendor is building the offering to their expertise, he says.

“IBM’s expertise is integration,” Scaramella says. “They did come in with a full-fledged, full thought out product.”

IBM’s hypervisor and the OS support have worked with a lot of independent software vendors for the PureApplication component of PureSystem.

“That’s the part the other guys may not have yet,” Scaramella says. “That’s something where Cisco knows they have to do a lot more with actual ISVs in getting the applications ready. That’s where you’ll see more announcements from Cisco over the next few years.”

“I don’t think that these are even remotely competitive,” says Joel Snyder, senior partner at Opus One.”While you might be able to do some compare/contrast between Cisco UCS and PureFlex Systems, the PureApplication system is more like VMware and the VM Appliance marketplace they have tried to build,” Snyder says. “So, yeah, I’m not seeing apples-to-apples here.” 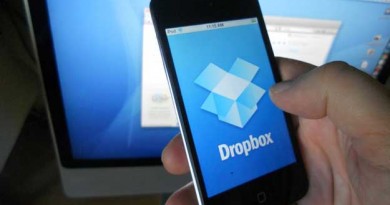 Dropbox is on a New Enterprise Tier Collaboration

November 4, 2015 Daniel Prabhu Comments Off on Dropbox is on a New Enterprise Tier Collaboration

August 30, 2012 DCT User Comments Off on Fortune’s Oregon Data Center to Be Awarded Half Million USD from Energy Trust of Oregon