Approximately 800 jobs will be lost in the first half of 2016 to restructuring at VMware, many in cloud computing, as the company narrows the focus of its cloud services portfolio. The announcement was made as part of VMware’s Q4 2015 earnings report Tuesday and signals a significant withdrawal from the public cloud services market.

CEO Pat Gelsinger described VMware’s last quarter as “solid,” and the company’s total revenues grew by 12 percent (on a constant currency basis). Cuts to the workforce of VMware’s vCloud Air, Fusion, and Workstation groups, as reported by Fortune, started Monday. The layoffs will affect employees in the EMEA region, Burlington, Canada, and Colorado, according to Fortune.

Gelsinger specifically addressed vCloud Air in the earnings call, saying it would focus on providing innovations distinct from other public cloud providers to its vCloud Air Network partners.

“VMware is creating cloud software and cloud services for cloud providers,” Gelsinger said in the call, according to Seeking Alpha. “It’s important to note that given that’s narrower focus, we believe the capital expenses we’ve already invested in vCloud Air will be adequate for our needs and that we expect our vCloud Air service to be accretive by the end of 2017.”

When asked during the earnings call about choosing to narrow the company’s public cloud strategy rather than “doubling down,” Gelsinger referred to the decision to walk away from a planned Virtustream joint venture with EMC as part of the same process of focusing its strategy on highly differentiated products.

He said hybrid services, including data center extension and disaster recovery, are unique services, and that the vCloud Air Network is growing and profitable. VMware updated its vRealize suite to enhance its resource delivery standardization and automation capabilities in December, one of a number of private and hybrid cloud service announcements in 2015 by the company.

SANDY KNOCKS DOWN 25 PERCENT OF CELL TOWERS IN 10 STATES

October 31, 2012 DCT User Comments Off on SANDY KNOCKS DOWN 25 PERCENT OF CELL TOWERS IN 10 STATES 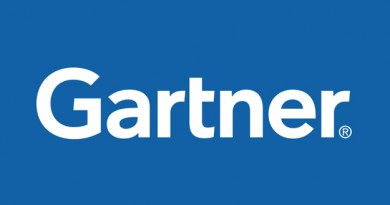