Ziosk’s table-top platforms are revolutionizing the dining experience in more than 2,700 restaurants across the U.S., including Chili’s, UNO Pizzeria & Grill, Ruby Tuesday, and Red Robin. Restaurant customers use these tablets to scan menus, find out which wines pair best with their entrées, order and pay electronically, and in some cases, even pay with American Express rewards points.

Behind the scenes, these table-top platforms are also stirring up a growing appetite for data, as restaurant managers analyze and interpret real-time information and survey feedback. Such information provides visibility into everything from specific servers’ popularity, to which entrées are most frequently ordered at various times of the day and whether seating arrangements or restrooms are up to par.

However, during Ziosk’s rapid expansion—the company now owns 95 percent market share in the deployed table-top tablet space and has tablets interacting with more than 50 million guests per month—its recipe for success involved much more than just a good business idea and the vision to see it through. In fact, much of the company’s ability to provide comprehensive and frequent reports for its restaurant partners has been contingent on the technology that it has decided to enlist.

Kevin Mowry, Director of Engineering at Ziosk, has been a driving force behind choosing which types of technology would best serve Ziosk and its restaurant partners. About a year ago, he was confronted with several challenges. First, Ziosk’s surveys were generating a ton of feedback in free-form writing, but there weren’t enough people available and simply not enough time to sift through all the information and form conclusions.

In addition, the company was rapidly expanding and needed a platform that could scale with it. Mowry knew that maintaining Ziosk’s existing physical infrastructure to handle the growth would be challenging, and the cost of hardware and people required would add up in large amounts.

Furthermore, Mowry was looking for a way for reports to be delivered frequently enough that restaurant management could address concerns as soon as a guest expressed them through the platform. Having this ability would afford management the opportunity to intervene and improve the dining experience before a customer ever walked out the door.

Mowry decided to enlist the help of Artis Consulting to help build new infrastructure. Together, they set up a proof-of-concept to preview Microsoft cloud technologies including Azure Machine Learning, Azure Data Factory, Azure HDInsight, and Power BI. Then, they tried out this solution with Ziosk’s largest customer, Chili’s.

“We were leveraging Microsoft technologies such as data warehousing and various management systems, like a content management system and a guest relationship management system, and it was a natural move for us to shift some of the technology into Azure,” Mowry says. “We began to explore ways in which we could leverage technologies and do it in concert with a leading customer (Chili’s), using data tools to improve the restaurant.”

Fortunately, the proof-of-concept was an evident success. Free-form writing survey results were sent up to a Microsoft machine that utilized semantic analysis capable of pulling up keywords to get a quick and accurate view of whether each response was positive or negative and what the subject was about. Furthermore, data was streamed into the cloud to analyze and scale with hundreds of thousands of Ziosk tablets and millions of guests interacting and generating loads of data. The new solutions also positioned Ziosk on the leading edge of power BI for predictive analytics—something Ziosk has since been focusing on and exploring areas for further improvement.

“Now, with easy access to graphs, charts, geographical snapshots of information, and new ways to slice and dice information, restaurants are identifying what they need to focus on and how to deliver on those concepts better than ever before,” Mowry says. 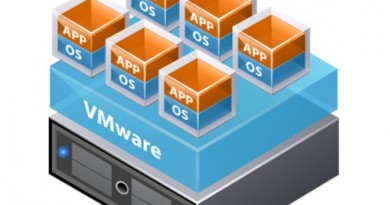 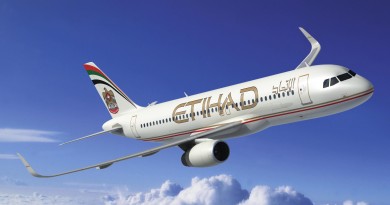 DEALING BETWEEN ETIHAD AND IBM FOR THE COST OF US$700

October 26, 2015 Irtiza Sheikh Comments Off on DEALING BETWEEN ETIHAD AND IBM FOR THE COST OF US$700

Understanding the Role of Flash Storage in Enterprise IT

December 12, 2015 sakib ahmed Comments Off on Understanding the Role of Flash Storage in Enterprise IT