CenturyLink’s colocation business, the business whose seeds were sown primarily four years ago with the $2.5 billion acquisition of Savvis, is not doing well. Colo revenue is not growing, and the telecommunications giant is looking for ways to avoid investing more capital in the segment.

While it plans to continue offering colocation services, Monroe, Louisiana-based CenturyLink is looking for “alternatives” to owning its nearly 60 data centers around the world that support colocation, managed hosting, and cloud services. The company’s leadership is under pressure to cut costs, and getting out of data center ownership is one way to do it.

To be clear, CenturyLink does not actually own most of the data center facilities in its portfolio. Aside from a handful of buildings – mostly ones that were part of its merger with Qwest in 2011 – the company leases them from wholesale data center providers, so when its CEO Glen Post announced the plans on the company’s earnings call Wednesday, he was probably talking primarily about infrastructure inside the facilities.

In most wholesale data center leases, tenants build out at least some of their own infrastructure, such as power and cooling equipment or racks and cabinets. Details on the plans are scarce, as the process has just started, and company executives are tight-lipped about it at the moment.

A look at the financial results CenturyLink reported for the third quarter does offer some hints about the reasons behind the about-face. Just last year, Drew Leonard, VP of global colocation at the company, told us colocation remained core to the strategy, even as the company was aggressively expanding and promoting its cloud services.

Considered as a whole, revenue of the business unit that includes colocation, managed hosting, and cloud shrunk in the third quarter, going from $331 million in Q3 of last year to $324 million this year. But managed hosting and cloud revenue actually increased, going from $145 million to $152 million, while colocation, taken alone, was down to $151 million from $164 million in revenue reported for the same period last year.

Another part of the segment, hosting area network, contributed $1 million to the overall decline, but it’s clear that colocation is primarily responsible for dragging down the business segment’s overall results.

The alternatives to data center ownership CenturyLink is considering concern the colocation business alone, Post said on the call. The company is not willing to invest the necessary capital to continue expanding this business, choosing instead to focus on “investments that can drive higher returns, basically,” he said.

Plus, it’s not crucial to own data centers to be able to offer the full gamut of data center services. Possible alternatives to full ownership are continuing to own some of the assets, while selling others; selling all of them and leasing them back; entering into joint ventures where outside investors buy partial stakes in the assets. Retaining ownership of all the assets is also still on the table.

To put things in perspective, while not insubstantial, the $600 million colocation business represents a small portion of CenturyLink’s overall revenue mix. The company’s total Q3 revenue was $4.5 billion – nearly flat year over year.

Should Telcos Get Out of Data Center Business?

CenturyLink hiring an advisor to help examine the alternatives to data center ownership is a concession that the analyst who said last month that US telcos should sell their hosting businesses was at least partially right. Gregory Williams, an analyst at the investment banking firm Cowen and Company, issued a note saying CenturyLink’s hosting business, including colocation, was a “disappointment,” and that other big US telcos, such as AT&T and Verizon, also weren’t doing so well in this market.

“Since acquiring Savvis [CenturyLink’s] hosting product segment could be seen as a disappointment, as the segment experienced elevated [customer] churn, a $1.1 billion asset write-down in 2013 and grew just 4.5 percent in 2014,” he wrote.

Both Verizon and AT&T are also looking to sell many of their assets, including data centers, according to news reports. In October, Arkansas-based telco Windstream announced an agreement to sell its data center business to TierPoint, a data center roll-up focused on regional markets.

Commenting on the Windstream deal last month, Philbert Shih, managing director at Structure Research, a market research firm focused on the colocation space, warned that it was too early to assume that telcos getting out of the data center services business was going to continue as a trend.

While more such deals are likely to happen, they have to be looked at on an individual-company basis, he said. “It’s maybe a bit early to tell,” Shih said. “We probably will not see too many of 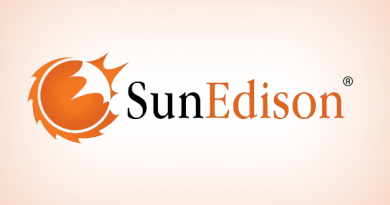 September 28, 2012 DCT User Comments Off on SYNAPSENSE BRINGS THERMANODE EZ INTO THE MARKET