While enterprises want to deploy more critical applications in the cloud, they don’t want to rely on the public internet to do it. This has given rise to services that provide direct cloud connectivity, selling private network links from companies’ servers to the servers of their cloud providers, located in the same data center.

Equinix, one of the biggest players in this ecosystem, announced Monday the addition of two more data centers where companies will be able to connect directly to the servers of Amazon Web Services, the world’s largest cloud infrastructure providers. The two new locations are London and Dallas, bringing the amount of Equinix data centers where AWS Direct Connect, the name of the private Amazon cloud connectivity service, to 10.

Equinix customers in London could use AWS Direct Connect before, but their connection would link from London to an Equinix data center in Dublin, Ireland, where the actual AWS servers were. Now, if a company has a server at Equinix’s LD5 data center, it can buy a direct private interconnect to AWS servers in the same facility.

The new Direct Connect site in Dallas is called DA2. It is the fourth Equinix data center in North America that provides the service.

All Equinix data centers in a metro area are usually linked with a high-capacity optical network, which means if a customer has servers in one facility, they can get direct, high-speed network access to its own, a partner’s, or a service provider’s servers in another facility in the same metro. Each metro essentially acts as a single virtual data center, so Direct Connect in London, for example, is accessible to customers in facilities other than the LD5 site.

Direct cloud connectivity services are a quickly growing business segment for Equinix, its rivals, such as CoreSite, Digital Realty Trust-owned Telx, and Interxion, as well as the major network carriers, such as Level 3, AT&T, and Verizon. Similar services are available for other major cloud providers, such as Microsoft Azure, Google Cloud Platform, and IBM SoftLayer.

DigitalOcean, a cloud infrastructure service provider that has been successful in attracting developers to its cloud, doesn’t offer direct links to its servers but has heard from some of its biggest customers that they would like to have the capability.

“There’s definitely demand for it,” Luca Salvatore, network engineering manager at DigialOcean, told us in a recent interview, saying the company may build such a service in the future. “We do see that need.” 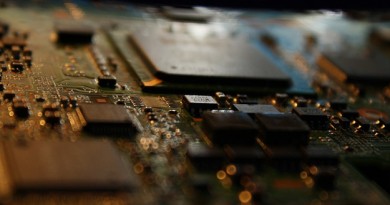