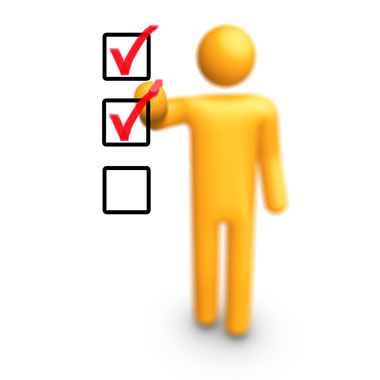 MAM offers IT granular control over mobile data, keeps work and personal information separate and manages the mobile app lifecycle. Mobile device management is a dam protecting IT from drowning in a flood of mobile security and compliance problems.

It works in that regard, but users haven’t all warmed up to mobile device management (MDM) because it wrests control of their personal devices over to IT. Mobile application management (MAM) has emerged as a life raft for users and IT alike, giving the company control of business assets and keeping personal apps and data personal. With this more granular control, IT has the power to maximize the potential of mobility.

Maintain control without invading privacy: MDM dug a moat between IT and end users because it was too restricting. MAM is the drawbridge that can bring the two sides back together. Instead of ceding dominion over their entire devices, users only have to give up control of their work apps and data. To make the agreement even more amicable, built-in containers, which remain separate from any personal apps or data on the device, prevent IT from accessing users’ personal information. Admins can wipe information from an app without the user worrying about losing personal contacts, photos or songs. In addition, IT can disable functions, such as copy and paste, within managed apps so users can’t transfer sensitive data.

Manage the mobile application lifecycle: Consumer-focused mobile apps have given users very particular performance expectations. If IT can’t deliver the same user-friendly experience in its business apps, users will not hesitate to work around IT and download apps that can. The user experience starts from the beginning of the app lifecycle. How the app is delivered to users can go a long way in whether or not they accept it. Side loading, for example, is too complicated and slows down the entire process. Instead organizations should develop their own private app stores where users can easily download custom apps just like consumer apps. Next, users must feel like the app helps them get more work done. If they buy in, they will leave feedback, which is the lifeblood of managing mobile apps. Developers can use feedback to evaluate what works and what doesn’t to make the necessary improvements. IT also needs information on what users do with the app. Who is using it, when they are using it and what they are using it for are all key pieces of information for MAM.

Determine what mobile apps are safe for use: The easiest way to simplify mobile app management is to make sure IT only has to manage the apps employees are actually using, which starts by analysing the app-usage information described above. After that, IT has to determine which apps are safe for a business environment. To ensure apps are safe, IT should only allow users to download apps from trustworthy app stores. IT should also evaluate the security of individual apps, either by using the features included in some antimalware software or by taking advantage of mobile application reputation services. Published app vulnerabilities and app reviews will also show IT which apps to steer clear of. Finally, IT must test all of its in-house apps for security holes before users can run them. Once IT identifies the apps users should avoid, it can use MAM tools to blacklist them. IT can then make a short whitelist of approved apps users can run to ensure the apps on the network are safe and prevent IT from having to keep track of too many apps.

Easier iOS app development:  Apple has made strides to improve MAM in a number of ways. Admins can enable or disable the use of Touch ID on specific apps, for example. App development, however, may be where iOS shines the most for mobile app management. A slew of APIs makes it easier to develop secure and manageable apps. Developers can also simplify mobile workflows by customizing apps to share services. For example, developers can add a Safari extension to another app so users don’t have to open the browser separately to conduct an Internet search or complete some other task.

FACTORS OF MEASUREMENT FOR A GREEN DATA CENTER

November 8, 2012 DCT User Comments Off on FACTORS OF MEASUREMENT FOR A GREEN DATA CENTER