Calxeda has raised a generous $55 M for its ARM technology to reduce data center power. The Austin TX based company will not help the company scale-up but also help in its expansion.

“In the time since we first met Calxeda, they have executed exceptionally well, and the market has begun to embrace disruptively power efficient data center architectures,” Clark Jernigan, venture partner at Austin Ventures, one of the new investors, said in a statement.

In the past few years, data center management and efficiency has gained momentum. Companies have started implementing methods to slash power and cooling costs, and improve performance. Calxeda runs on the ARM chips which are prominent in the cell phone market.

ARM chips are far better than the Intel chips as the consume zero power when under sleep mode. Companies are trying hard to get into the market of green centers. Intel produced a new line of green servers which claims to be 50% more efficient than the previous line. Calxeda says that it is capable of delivering ten fold more efficiency compared to the XB6 servers. The company also told Green Tech media that the price of its new servers are half the rate of Intel servers.

Vulcan Capital, a new investor like Austin Ventures said that its just not about the chips and servers; there is more to a green data center. “I am very impressed with the innovative approach and completeness of Calxeda’s vision,” said Steve Hall, managing director at Vulcan Capital, the other new investor in this round. “Calxeda thinks like a solutions company, aligning their technology to solve the bigger challenges.”

Calxeda has already raised $100 M for this purpose, and has bagged the support of any global companies.

Please leave your views and comments on DCT Forumcanada meds

Emerson: Half of Operators to Upgrade Data Center Cooling Systems Next Year

December 14, 2015 sakib ahmed Comments Off on Emerson: Half of Operators to Upgrade Data Center Cooling Systems Next Year 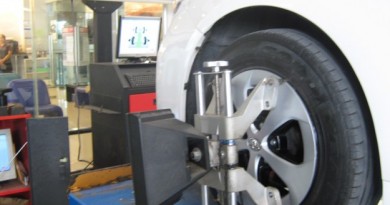