The Daily Record, a 124 year-old legal and business information publisher based in Baltimore, MD, announced that AiNET’s CEO Deepak Jain was selected as one of its 2012 Innovators of the Year. The 10 year-old competition has a rigorous selection process in which readers, economic development agencies and state and local business community members nominate candidates whose innovations made a major contribution to business in the state.

Jain, founder of AiNET, a 19 year-old critical IT solutions company based in Beltsville, MD, is building Maryland (and the region’s) largest stand-alone data center. The CyberNAP™ in Glen Burnie, MD, is expected to generate up to 2,500 jobs and $1 billion annually in economic activity.

As he builds the facility, Jain is developing new technologies that will reduce energy costs and emissions, build upon AiNET’s dark fiber network and create data storage and security methods that will set standards for new data centers throughout the country. These technologies will have far ranging implications to clean/green energy, reliability, security and cloud computing for years to come.

“It’s an honor to have AiNET’s work recognized as innovative,” said Jain. “Our dedicated staff and customers deserve recognition because without them we’d never be able to implement the exciting new technologies we plan for CyberNAP and our other data centers.”

A distinguished panel of judges reviewed the applications and selected 19 winners for 2012. Winners will be honored at a cocktail reception October 24th at Baltimore’s American Visionary Art Museum. They will also be profiled in a special October 26th issue of The Daily Record.

Jain’s fellow awardees include leaders of Comcast, the A. James Clark School of Engineering at the University of Maryland, the MedStar Health Research Institute and CareFirst BlueCross Blue Shield.

“The Daily Record’s Innovators have imagination and vision, the ability to see a need and fill it, and the courage to make change happen,” said publisher Suzanne Fischer-Huettner.

AiNET of Beltsville, MD is a leader in design, construction, operations, and technology solutions for Internet data centers and fiber optic networks supporting secure highly reliable applications. The 19 year-old firm currently owns and operates three data centers in MD, including one of the world’s few certified SAS 70 Type II, TIA-942 Tier IV data centers. All data centers feature AiNET’s patented power protection technology, to enhance reliability. It will open AiNET CyberNap, the largest data center in Maryland, and the beginning of a new industry to support it. AiNET is building an optical fiber network of approximately 10,000 miles throughout the central business district of Washington, DC, Maryland and Virginia. 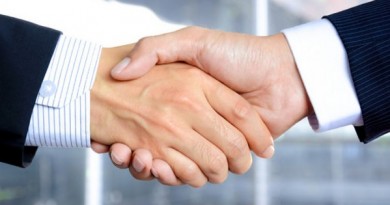