Fusion-io has created a software package for its flash cards that lets datacentre administrators to add qualities with the characteristics of a SAN, allowing companies to save on equipment costs and boost application performance.

The Fusion ION software can turn servers equipped with Fusion-io’s high-performance flash ioMemory cards into part of a network-accessible storage pool. This reduces latency, as the information is stored on server-side memory.

David Flynn, chief executive of Fusion-io, said its technology allows companies to use a cloud deployment model “whereby a sea of off-the-shelf-servers make up the infrastructure”.

He added: “Putting ioMemory into those servers allows them to take on different personalities defined by software.”

For example, one server equipped with ioMemory can now be used for caching data in flight, while another can store data and feed it to a hungry application.

ION can provide up to 1,000,592 4K random input-output operations per second (IOPs), with up to 6GBps of throughput and 56 microsecond latency. It can synchronously replicate data between multiple servers with ION to add a high availability option.

The technology can be linked with Fusion-io’s caching and write acceleration technologies. Flynn imagines that administrators will move regularly accessed data into the SANified ION servers, removing bottlenecks in accessing other data on the mainstay SAN.

The ideal workloads to make use of ION will be virtualised ones, with multiple applications running on each processor. By using the fast ION storage layer, Flynn believes companies can get more performance out of their applications, by feeding them all the data their processors need to perform the greatest number of applications.

Fusion-io launched its first range of server-pluggable flash cards in 2007, but since then companies large and small have piled into the technology. With ION, the company has added another proprietary technology to its cards, in an attempt to give them better performance characteristics than those from larger rivals, such as EMC.

This “allows you to source your hardware through your vendor of choice”, Flynn says. “We’re not asking people to buy a proprietary box from Fusion-io.”

The ION software is expected to be generally available in October 2012. It will cost $3,900 (£2,497) for a perpetual licence per server running the software, though there is no limit to the amount of ioMemory cards that can be plugged in.

Some of Fusion-io’s major customers include Facebook and Apple. 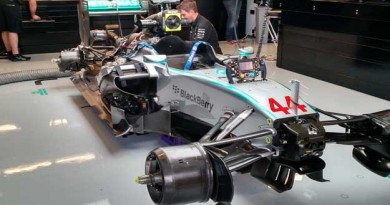