Networking security involves the use of various tools that serve the basic purpose of preventing harmful programs from entering a computer.

A firewall blocks programs that you do not want to access your computer. Firewalls and network security ensure that your computer is free from harm. The basic role that a firewall plays is disallowing unauthorized access while letting in everything else.

Each time you install a new program in Windows, it has to ask to make an exception in the Windows Firewall and this is especially the case if the program will be involved with the Internet. At certain times, the firewall is overprotective and it blocks the communication of legitimate programs. You can correct such an over protection by making an exception in the firewall options manually.

The other form of protection that involves firewalls and networking security is known as Unified Threat Management (UTM). This is a form of network security that was introduced in the year 2004 and has been growing since then. It can fit the description of being part of the evolution of a firewall. UTM includes the function of a firewall and has other features such as network intrusion prevention, content filtering, load balancing, gateway antivirus and on-appliance reporting.

A common sign displayed by a computer that lacks firewalls and network security is frequent freezing. Many viruses, hacking programs and spyware plague such a computer to slow it down until it freezes. Theoretically, it is a good idea to have a software firewall on every workstation. However, third generation software firewalls usually prevent networks from working normally causing problems that are hard to diagnose.

Software firewalls are usually configured in a default manner to block ports such as 135-139 resulting in network disconnection and the lack of being able to access critical file shares. In the case of the firewalls becoming corrupted or if a virus infects them, it is usually very hard to restore the connection to the computer and this forces a re-image, repair install or reformat. In order to prevent such a situation, the software firewalls have to be configured.

Network security and firewalls play an essential role in the network systems of companies that utilize electronic information or credit cards. They allow them to protect data in order to prevent security breaches, which can lead to loss of money, identity theft, stolen records, lawsuits and corrupted information among other things. In order to ensure that networks and firewalls keep threats down, you need to keep updating them.

Hackers and Criminals Attack to Bypass the Firewalls

This is important for the reason that hackers and other online criminals continue revising their tactics of bypassing or breaking through firewalls. There are numerous threats that firewalls and network security protects a computer from. One example is worms and viruses, which are malicious codes that spread when they are inserted into computer systems. Viruses usually come from attachments and worms are usually contained in emails. 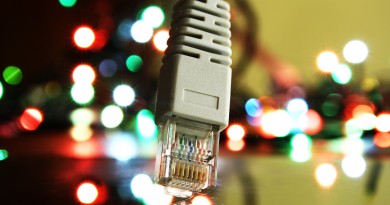 13 Firms Join to Open Up Ethernet, Object-Storage To Everyone

October 5, 2015 Daniel Prabhu Comments Off on 13 Firms Join to Open Up Ethernet, Object-Storage To Everyone

April 26, 2012 DCT User Comments Off on Advantages of Cloud Based Network Test System