Virtus Data Centres (VIRTUS) has announced its London2 data centre has become a Transmission Point of Presence (PoP) for the London Internet Exchange (LINX). As a result Virtus customers can now peer on the LINX Juniper and Extreme peering local area networks (LANs), further optimising the London2 facility.
The agreement gives Virtus customers the option to peer with the largest networks in Europe, enabling them to create a low latency resilient network. The Transmission PoP will also serve as a reliable alternative site for clients looking for additional diversity on the LINX LAN that are not currently located within London2.
As well as this improved latency and resilience, Virtus customers who become LINX members will also benefit from improved transit performance and routing control, increased capacity and redundancy, with the opportunity to peer with over 670 LINX members from 67 countries worldwide. A Transmission PoP is physically based at a neutral data centre giving customers direct access to LINX infrastructure from within the data centre, thus improving performance of its peering connectivity.
This move also strengthens Virtus’ relationship with LINX, following Virtus becoming an official LINX Virtual PoP in 2014. This agreement meant Virtus customers in London1 (Enfield) and London2 (Hayes) benefit from being able to connect with other LINX members and exchange low cost Internet traffic without the need to have equipment at a main LINX PoP.
Darren Watkins, managing director, Virtus Data Centres said, ‘The ability to utilise a transmission PoP and increasingly peer with LINX members will significantly augment our offering and provide existing customers and members with immediate access to an ever growing range of services. Deploying a LINX transmission node is a great achievement and significantly strengthens Virtus’ position; providing customers with direct access to one of the richest connectivity infrastructures available in the UK and further afield.’ 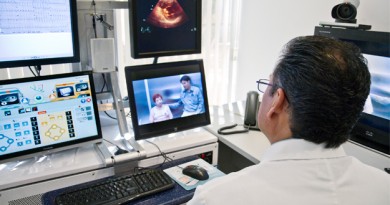