Continuing its push into international markets, Las Vegas-based Switch has teamed up with Thailand’s government and the country’s biggest banks to build what the company said will be the largest data center in Thailand.

Asia Pacific has been one of the biggest emerging markets for data center services. Within the region, the leading data center markets are China, Hong Kong, Singapore, Japan, and Australia. While Thailand isn’t one of the top markets in the area, at least some of Switch’s partners in the project will also be taking space in the future facility, which reduces the business risk of going into the new market.

The company’s announcement cites executives from partners Kasikorn Bank and Siam Commercial Bank saying they will use the data center to improve their ability to serve their customers. In fact, a senior exec at one of the banks will also be chairman of SuperNap Thailand, the Switch subsidiary set up to build and operate the data center.

“This unique data center design will not only bring innovative technology to the Kingdom, but will also attract international investors,” Deepak Sarup, executive VP of Siam Commercial Bank and SuperNap Thailand chairman, said in a statement. “The facility will play an important role to support the country’s business development by showcasing Thailand as a regional hub for data centers.”

Another partner is CPB Equity, a subsidiary of the Crown Property Bureau, which Wikipedia describes as a “quasi-government agency responsible for managing the property of the crown of the Kingdom of Thailand.” Switch didn’t say whether CPB will also be taking space in the future data center.

Besides local customers, Switch is likely to bring some of its major US companies to the Thailand data center. It lists the likes of eBay, Google, Amazon, Intel, HP, Intuit, and Boeing as customers in its US data centers. Many of its existing customers serve Asian markets and are likely to expand data center capacity in Asia in the future.

The facility in Thailand, expected to come online in the first quarter of 2017, will be able to support about 6,000 IT racks.

According to Switch, it is being built outside the flood zone, 110 meters above sea level. This is important, since Thailand is prone to flooding. Floods caused by monsoon weather in 2011 crippled its manufacturing industry, causing global shortages of hard drives, most of which are manufactured there.
Switch said the Thai facility will be the first data center in Asia Pacific to be certified as a Tier IV facility by the Uptime Institute. A lot of the company’s massive Las Vegas campus is Tier IV certified.

This is the second international expansion for Switch. Last year it expanded into Europe, announcing a data center project near Milan.

As it expands internationally, Switch is also adding to its portfolio in the US. The company is building a massive data center campus in Reno, Nevada, and preparing to build one in Michigan. 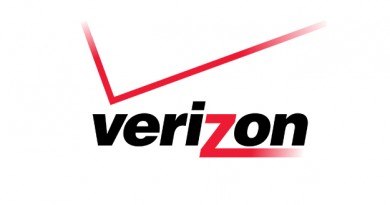 October 23, 2012 DCT User Comments Off on GENERAL MOTORS TO HIRE 3000 STAFF OF HP’S IT SERVICE WORKERS