The Czech branch of Foxconn, the Taiwanese electronics manufacturer best known as a supplier of popular devices such as Apple’s iPhone, Microsoft’s Xbox, and Amazon’s Kindle, is entering the European data center services market.

The company has had manufacturing facilities in the Czech Republic since 2000, but recently it partnered with Czech investment management group KKCG on a joint venture to build a data center in Prague that will support a range of data center services for enterprises as well as small and mid-size businesses. Each partner will own a 50-percent stake in the joint venture, called SafeDX.

Alan Macintyre, CEO of Foxconn Technology CZ, said the venture was part of a new investment strategy for Foxconn, which included building data centers and providing data center services. “The first data center in Prague is a pilot project, which we want to follow by an expansion throughout Europe,” he said in a statement.

The Taiwanese company is no stranger to the data center business and has recently made several big strategic deals to expand in the space. In addition to its own data centers in China and Taiwan it builds data centers for 21Vianet, one of China’s largest data center service providers, with whom it also has a joint venture called Smart Time Technologies.

Launched in 2014, Smart Time aims to build a vertically integrated business that builds IT equipment and data centers to house it and provide IT services, starting in China but with plans to expand to Singapore, Hong Kong, and other markets.

Earlier this year Foxconn partnered with the Japanese IT company NEC Corp. to build an Infrastructure-as-a-Service platform in one Foxconn’s data center in Kaohsiung, Taiwan. Also this year the company announced a major expansion push into India, planning to build up to 12 facilities, including factories and data centers, Reuters reported.

Foxconn is also building data centers for Apple in China, according to a report by Nikkei Asian Review.

The Taiwanese manufacturing giant entered into a partnership with HP last year to supply commodity x86 servers for hyperscale customers.

It has also manufactured HP’s modular data centers called EcoPod. At least one of the sites where EcoPods have been produced is in Foxconn’s factory in Kutna Hora, a city about 50 miles east of Prague.

May 19, 2012 DCT User Comments Off on Cooling System Design Goals 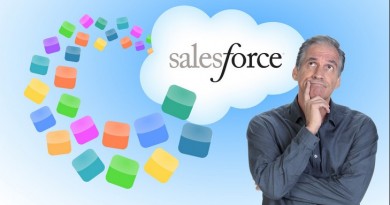