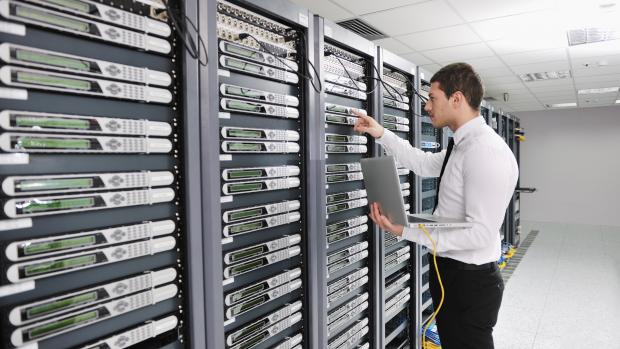 ContainerX, which has just made its global debut at DockerCon Barcelona 2015, is an all-inclusive container platform which is looking to drive enterprise adoption of containerization.

Docker, a technology which allows you to package an application with all of its dependencies into a standardized unit for software development, has made big inroads into how developers work with containers. However, enterprises are still wary of adopting it.The problem for enterprises is that they need the ability to centrally manage container platforms with developer ’self service’ using the Docker command line. Some enterprises with developer resources have cobbled together home-grown container infrastructure solutions using various technologies – but most IT organisations simply do not have the resources for such bespoke solutions.

ContainerX, a startup from the brains of Citrix, Microsoft and VMware veterans, Pradeep Padala, CTO and Kiran Kamity CEO, is an all-inclusive container platform designed specifically for IT admins who don’t want a do-it-yourself project. The ContainerX approach is based on what it calls Elastic Container Clusters, a highly maleable container platform with resource-isolation between multiple container pools.

This provides an all-in-one platform for orchestration, compute, network and storage management. ContainerX aims to morph containers from development tools into the basic Lego from which the next generation of data centers will be built. The technology allows resources from the Docker command line to create clusters of containers in a multi-tenant environment which help resources to scale up and minimizes corruption.

ContainerX is trying to square the circle between the fledgling container platform and the large number of orchestration, networking and storage products that have grown out of control to manage them. A typical multi-container environment lacks the features that keep individual containers out of each other’s way. Most containers’ resource allocation is so small that contention rates for things like storage and memory can slow performance or even crash containers. Containers do not scale very well because the resources allocated to them are fixed at launch.

ContainerX says it has solved all these problems with dynamic resource scheduling. Working initially on a bare metal server, the platform enables the user to create a single cluster that can be shared between pools of containers based upon how much of the aggregate resource each pool needs.
ContainerX – The IT Crowd

ContainerX says the benefit of its approach is that those resources can be scaled dynamically depending on workload, and total resources can even be assigned to exceed 100 percent on the assumption that not all containers will run at full throttle all the time.

Kiran Kamity, CEO and co-founder of ContainerX said: “The datacenter as we know it today is going through a massive change. With traditional virtual machine infrastructures, enterprise IT faces two fundamental issues: operating system management and the lack of application-level agility. Containers have the potential to address both of these critical issues and therefore become a fundamental building block of the datacenter of the future. ContainerX is a plug-n-play container platform that is designed specifically for IT admins who are not looking for a DIY project.”

The ContainerX team, which has two decades of experience building enterprise-class platforms has baked into the platform features such as simple day-zero install, easy day-N operations, alerts, monitoring, analytics and auditing.

“We surveyed several global 5,000 enterprise IT teams and learned that in order for IT admins to embrace containers, there needs to be a centrally managed container infrastructure platform, with developer self-service using Docker command line,” said Pradeep Padala, ContainerX CTO and co-founder. “ContainerX solves that need.”

May 19, 2012 DCT User Comments Off on Cooling System Design Goals