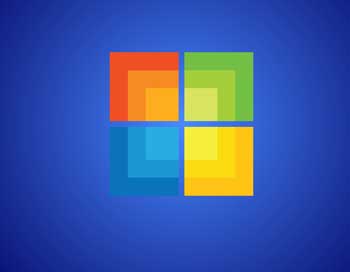 Microsoft will open its first data centers in the United Kingdom, following a European court ruling that struck down a widely used program allowing U.S.-based companies to handle Europeans’ data.

The move will allow Microsoft to keep UK citizens’ data within the country at all times and avoid any potential legal ramifications by transferring it to the U.S.

“By expanding our data centre regions in the UK, Netherlands and Ireland we aim to give local businesses and organisations of all sizes the transformative technology they need to seize new global growth,” said Microsoft CEO Satya Nadella on Tuesday at an industry conference in London, The Guardian reported.For nearly 15 years, major companies like Google, Facebook and Microsoft had used a Safe Harbor agreement to legally shuttle European Union data to the U.S. without fear of regulatory action.

The Safe Harbor program allowed companies to self-certify that they met the EU’s stricter data protection laws. But the EU Court of Justice last month struck down the Safe Harbor agreement, arguing that invasive U.S. surveillance programs made it invalid.

Microsoft and the SU Ruling

The ruling left more than 4,000 firms of all sizes scrambling to figure out how to continue handling foreign data, while U.S. and EU negotiators frantically worked to complete a Safe Harbor 2.0 pact that would be more favorable from a privacy perspective.

But during the interim period, Germany’s data protection authority said it would start investigating data transfers to the U.S., beginning with Google and Facebook.

“Anyone who wants to remain untouched by the legal and political implications of the judgment should in the future consider storing personal data only on servers within the European Union,” said Hamburg’s Commissioner for Data Protection Johannes Caspar.

Many believe other EU countries will follow Germany’s lead.The result is that larger firms are looking to store their European data within EU borders. Microsoft is now joining those ranks.

“We can guarantee customers that their data will always stay in the UK,” said Scott Guthrie, Microsoft’s executive vice president of cloud and enterprise, according to The Guardian. “Being able to very concretely tell that story is something that I think will accelerate cloud adoption further in the UK.”

India the second most risk country for data centers: Report

August 8, 2012 DCT User Comments Off on India the second most risk country for data centers: Report