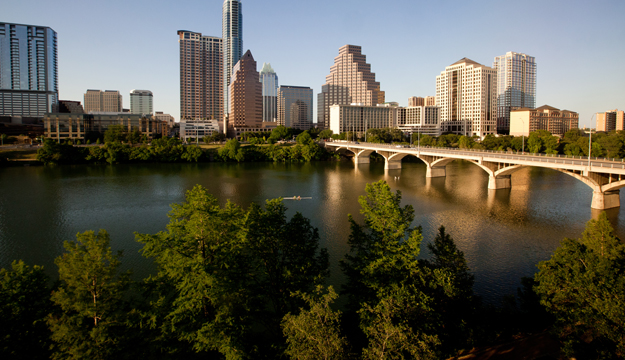 Milam’s company International Development Management, or IDM, will convert the aging industrial campus into a data center and value office space, starting with a $100 million investment in the first phase of development. Click on the photo to see a slideshow of images of the project.

In an exclusive interview, Milam said there are three reasons why the project, now dubbed “MOS 8,” will be a success.

The buildings are solidly constructed in a premium location, an onsite Austin Energy substation provides 200 megawatts of power to the campus and the site is equipped with fiber, thanks to Hewlett-Packard Co., which operates a data center on the south side of what was originally a Motorola campus. Freescale maintains manufacturing operations on the north side of the complex.

MOS 8 is wedged between the two, encompassing eight buildings and parking garages.

“It will be one of the top 50 data centers in the country by the number of racks and in the top 5 in the U.S. by power,” Milam said.

Backed by Romspen — a Canadian institutional investor headquartered in Toronto — IDM will invest $100 million in the first phase, which is scheduled to deliver in the first quarter of 2017.

Milam bought the rambling industrial facility from a consortium of local investors, including Manny Farahani and lawyer Jimmy Nassour. That group purchased the site in 2012 for an estimated $5 million, according to knowledgeable real estate sources.

Milam wouldn’t go into details about what he paid, but allowed that “they did really well on this sale.”

Farahani and Nassour completed some minor upgrades to the property and tried to market it without significant success. They also tried to take it to auction— a process that yielded no bidders.

May 22, 2012 DCT User Comments Off on Cloud Guidance to Reach All Irish Businesses Looking to Move to Cloud Computing