The amazing technological progress of the past century (or so) has led to a vigilant search for the next technology that will create the kind of revolution that sprang from the first silicon transistor built at Bell Labs in the late 1940s. A research project at the University of Pennsylvania has produced optical switches using nanowires—in essence, these switches are the photonic (i.e., light-based) analog to semiconductor switches, which rely on electronic signals.

Ever in Search of the Next Great Thing

In the realm of computing, the current media favorite is likely quantum computing. Quantum computing has a certain exotic flavor that tends to leave other alternatives to traditional semiconductor-based computing in the proverbial dust. But quantum computing faces a number of fundamental problems that may or may not prove to be intractable (“Is Quantum Computing real?”). In any event, the potential for quantum computing beyond a few niche applications is questionable (although any number of developments—theoretical or practical—could render such speculation moot).

But disentangling ourselves from the subject of quantum computing reveals that a number of other, albeit less exotic, avenues of research also present interesting possibilities for the future of computing. As Moore’s Law continues toward the end of its impressive road—when the size of semiconductor components becomes so small that electrons begin “leaking” from their channels—researchers are pursuing alternatives that, they hope, will one day be as revolutionary (or nearly so) as the first transistor. One possibility is photonics: the use of photons as the means of carrying signals instead of electrons.

Researchers at the University of Pennsylvania have taken a step toward showing that photonic computation may be a possibility. The project has led to the creation of “the first all-optical photonic switch out of cadmium sulfide nanowires. Moreover, they combined these photonic switches into a logic gate, a fundamental component of computer chips that process information,” notes Penn News (“Penn Researchers Make First All-optical Nanowire Switch”). Of particular interest is the formation of a NAND gate using these photonic switches; NAND gates can be used to construct any logic operation and thus are in some sense the most basic element of digital computer processing.

According to lead researcher Ritesh Agarwal, “We see a future where ‘consumer electronics’ become ‘consumer photonics,’” and “this study shows that is possible.” But what’s the real story?

The Need for More Work

The inevitable reaction of many at the announcement of a new research development is projection of the technology into the consumer space. After all, what good is it if it doesn’t produce something consumers can consume? This isn’t to assign overexuberance to Agarwal—he may simply have been pointing out that his group’s development potentially has consumer applications. But just as when a development in the world of quantum computing is reported, some restraint is necessary.

Universities regularly churn out useless research (not everyone with a doctorate can possibly have done earth-shattering work). Occasionally, developments at universities reach semi-technical and popular-level media outlets. The question, however, is whether the development will amount to anything useful. In the case of the nanotube-based optical switch implemented at the University of Pennsylvania, the technology may be similar to the first transistor: a proof of concept that eventually leads to a revolution that permeates the consumer space, or just a curiosity that cannot or will not be applied to many (if any) practical purposes.

In some cases, the limits are technical. The laws of physics may prohibit practical application of a technology in a manner that rivals existing technologies. If photonics cannot do significantly better—that is, provide faster processing capability at a similar cost—then it probably won’t be pursued very far. The limits can also be economic. If the research, implementation or use of a technology is prohibitive (or even just more expensive) relative to competing technologies, a new product or idea may never reach its potential.

To some extent, chance is also a factor. A development with significant potential may simply be passed by, or preconceptions about what’s possible may prevent enthusiasm for further research. Thus, any fledgling technology has a number of hurdles to jump before it can even be considered for commercial products. 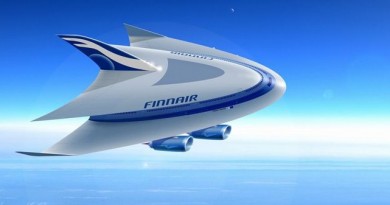