Baltimore County’s executive Kamenetz has proposed that the county’s school data centers are going to be consolidated with that of the governments. Kamenetz

said that this is a proposal to save money through consolidations.

According to Kamenetz and the schools Superintendent Dallas Dance, this move is likely to spruce up government efficiency and save more money for classroom needs. Officials estimate that this move is going to save the school a whopping $2 million to $4 million for the construction of a new data facility, and about $100 million for yearly maintenance costs.

The school’s information technology data center is housed in a rented building in Timonium, and the lease is likely to get expired. As per the new proposal this data center would be moved to the county’s data center at the courthouse in Towson by August 2013.

For this an agreement between the school and the county is to be signed in the presence of the County Council. The County Council has called for a meeting on Tuesday, and the vote has been scheduled on the 19th of November.

“We have made giant strides so far in using innovation and consolidation to maximize efficiency in general government operations,” Kamenetz said in a statement. He also mentioned that, “ the next logical step is to work together with the school system to save taxpayer dollars and ensure that we are doing all that we can to focus our limited resources on the classroom.”

Kamenetz has also merged several government offices in the past.

October 12, 2012 DCT User Comments Off on ASUS IS ALL SET TO BUILD THREE MORE CLOUD DATA CENTERS BY 2013 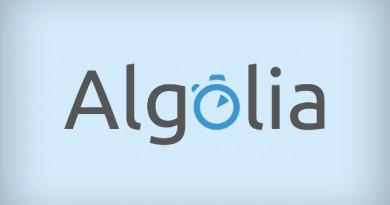 Algolia and the how they built an API in 18 months

October 12, 2015 DCT User Comments Off on Algolia and the how they built an API in 18 months