Worries have accelerated of late that macroeconomic conditions, particularly in Europe, are causing softness in tech spending. Some companies, such as Alcatel-Lucent have provided bleak guidance and results, while others have largely dodged impacts from softening demand. Though, several companies provided evidence that demand has been holding up relatively well, even amid caution and uncertainty about the global economy.

As a result, the stocks of several tech companies that provide data-storage services rose after recent declines.

However, the earnings cycle is still early, and some companies with high exposure to Europe have posted dismal results. A big test will come when IBM, one of the world’s largest information technology companies, reports its numbers after the close of trading. Some analysts are expecting IBM to again report soft top-line results, but others are expecting a solid quarter.

“The takeaway so far from reported results is a mixed bag,” FBN Securities analyst Shebly Seyrafi said. “Europe isn’t negatively impacting all companies in the same way. … The companies that report this week will probably have more reassuring things to say than companies that preannounced a week or two ago.”

One example is Intel, whose results contrasted with rival chip maker Advanced Micro Devices Inc. (AMD). AMD last week said its revenue would fall 11% sequentially during the recently ended quarter, rather than be flat to up 6% as it had anticipated. It cited weakness in China and Europe.

Intel, meanwhile, reported revenue only slightly below the midpoint of its guidance, hurt by flash memory and PC weakness. It called out mature markets such as Western Europe and the U.S. as weaker areas and said growth in emerging markets is moderating.

But Intel, which provides chips for the majority of the world’s PCs and servers, also said its business selling chips for data-center products remained solid despite macroeconomic weakness, with revenue in the unit up 15% and server revenue setting a record.

In other positive news, storage giant EMC Corp. (EMC) and virtualization software provider VMware Inc. (VMW) both provided a glimpse into their recently ended quarters and outlook for the full year. VMware reported better-than-expected second-quarter revenue and boosted its 2012 guidance. EMC’s preannounced results were largely in line with expectations, while it maintained its view for the year.

BMO Capital Markets analyst Keith Bachman noted that both VMware and EMC have been hurt by fears that they would lower their outlooks. He added that data-center companies will likely be rewarded for meeting, not exceeding numbers, in their quarterly reports.

“The danger for all of these companies is we’re seeing the flip side of benefits to vendors becoming increasingly global,” Pund-IT analyst Charles King said.

He noted that during the economic downturn in 2008, exposure to China and other areas helped companies counteract the softness in the U.S. But this time around, troubles in Europe and China are continuing, while the U.S. is slowly moving toward recovery.

“What I would expect to see from IBM would probably be a solid quarter with indications of caution for the rest of the year,” he said. 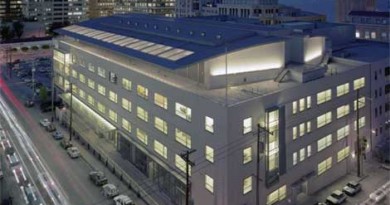 The Colliding and Complementary Worlds of DevOps, Big Data and Data Management

January 17, 2016 sakib ahmed Comments Off on The Colliding and Complementary Worlds of DevOps, Big Data and Data Management