Lessons learnt from the NGA’s technology center at Belvoir

One of the floors of the National Geospatial-Intelligence Agency’s new Technology Center has been vacant for the past few years. The project is getting rebooted with $54.6 million funding, but it’s anyone’s guess how it will end up.

The NGA’s Technology Center located at Fort Belvoir is the subject of a Government Accountability Office (GAO) report tied to the Pentagon’s ongoing Base Realignment and Closure efforts. As part of the consolidation, the NGA in 2006 began constructing several new buildings its “Campus East,” including a sprawling, 2.4 million-square-foot headquarters and the four-story, $155 million Technology Center.

Construction started in October 2007, but within a few months the IT contractor on the job, General Dynamics, contemplated that the third floor wouldn’t be needed to accommodate the sought-after 10 petabytes of storage capacity. General Dynamics explained that advances in server and storage technology made it possible to squeeze data into a smaller footprint.

With construction already underway, it was too late to omit an entire floor, and the facility was completed as planned in 2009.

The project has been plagued with problems from the start. When the NGA, whose intelligence work is used by the U.S. military, determined that it no longer needed the third floor of the Technology Center, it failed to notify the U.S. Army and the official project manager. The Secretary of Defense and Congress were left out of the loop, too.
The project’s shoddy documentation didn’t help. Department of Ocean Development  must provide a support of construction work, but the NGA didn’t mention the Technology Center in its February 2006 filing for the Fort Belvoir campus according to the GAO report. That part of the project was still in the “conceptual design phase,” the agency later explained.
The origins of the project go back to 2005, when the NGA set out to build its Campus East to serve as a new home for 8,500 employees, as its other offices were being closed. Each year, the NGA drafted a business plan for the project, but it failed to make any mention of its decision to mothball the third floor of the tech center. It wasn’t until last year that officials with the Army’s BRAC office, on a tour of the campus complex, realized that office space the size of a football field was empty.

There two important lessons learnt from the by the project management team are, that pristine data center space can almost always be put to good use if not now, then later. The second: When estimating data storage requirements, take your first estimate and multiply them by 10 folds.

What is a Data Center? 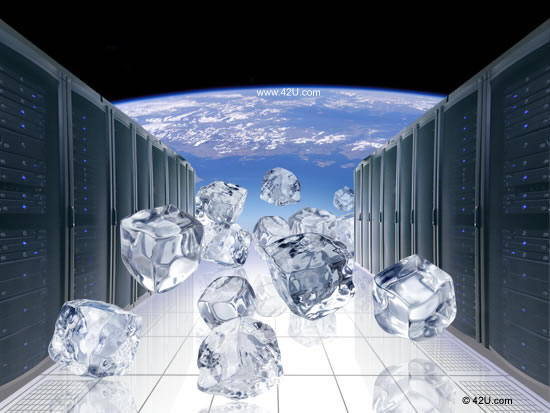 How Critical is a Data Center?

November 16, 2011 admin Comments Off on How Critical is a Data Center?