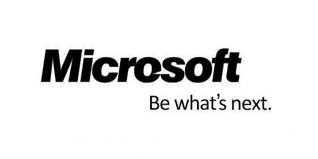 As per latest reports, Microsoft is drawing up plans for a data center that will be powered by biogas. Biogas is produced from landfills and other sources. Last week, the company showcased its data plant experiment to make its data centers more reliable and environment friendly.

“Fuel cells would supply power to the data center and make it independent from the grid” said Christian Belady, general manager of Data Center Services in a blog post last week. “The company is also researching a small scale experiment to measure performance and benefits and is seeking a location to test a prototype”, Belady said. Having power generation sources on site allows the operator of a data center to use the electric grid as back up or combine both sources for maximum efficiency.

Fuel cells generate electricity from biogas via a chemical reaction that is more immaculate and efficient that sourcing power from a grid. However, Microsoft is planning to procure gas directly from its source by locating its data center in such an area. It can either be a landfill or waste water treatment plant where the decay of organic material produces methane, the primary component of biogas. Another important feature of fuel cells is that they can provide heat to a building, an excellent way to replace other back up measures such as diesel generators.

Apart from utilizing a cleaner and more renewable source of power like biogas, Microsoft also wants to ameliorate the reliability of its data centers power sources since the electric grids are not made to handle the tremendous growth in power demand.

Microsoft’s major competitor Apple is gearing up its data center Maiden, N.C to use biogas as an energy source for its 4.8 megawatt installation of fuel cells. Other players such as NTT America are also buying biogas from utilities to run its data center situated in California.

October 12, 2015 DCT User Comments Off on CNet Training now has a Larger Team

January 2, 2013 DCT User Comments Off on PlusOne Joins with PeakColo to Include IaaS Solutions at Chicago Data Center