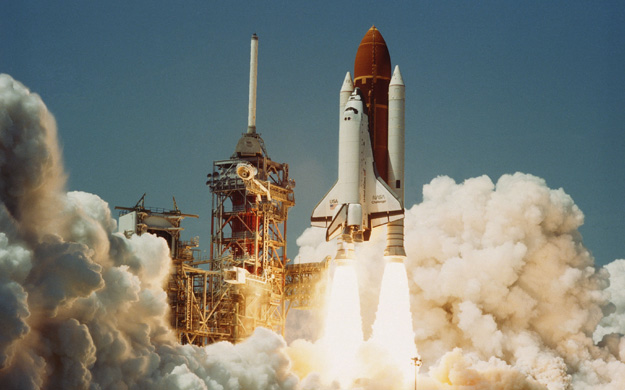 The Kennedy Space Center is consolidating its facilities to help save money and become more efficient.

Located in Kennedy Space Center‘s industrial area, a new data center officially opened Oct. 8 — marking another milestone for the area and a key component of the spaceport’s capability to support multiple users.

The goal of the new data center is to streamline information technology operations at Kennedy Space Center. The 16,000-square-foot facility replaces five older data centers and about 45,000 square feet.

“The data center will support multiple activities, and we have a lot going on,” said Kelvin Manning, associate director at Kennedy Space Center.

Although the new facility is smaller, NASA said the data center will be three times more efficient when it is fully operational, said Vanessa Stromer, director of IT and communications services at Kennedy Space Center.

The new data center is part of the first phase of construction on the spaceport’s new central campus.

About the Kennedy Space Center

The John F. Kennedy Space Center (KSC) is the National Aeronautics and Space Administration’s Launch Operations Center which supports Launch Complex 39 (LC-39), originally built for the Saturn V, the largest and most powerful operational launch vehicle in history, for the Apollo manned Moon landing program proposed by President John F. Kennedy. It was named in honor of Kennedy by his successor, President Lyndon B. Johnson, shortly after Kennedy’s death in 1963.